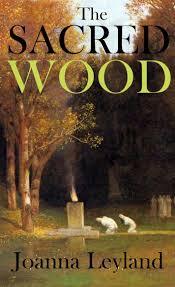 When Jane Harrison, an English woman living in contemporary Rome, hears a dying man’s whispered plea she is drawn into a quest that will lead her to the legend-haunted shores of Lake Nemi, where an ancient battle between good and evil will determine humanity’s future. Beneath a deceptively traditional surface, the novel shows a disturbing and often shocking world where good might not always triumph.Joanna Leyland was born in South Wales but grew up in England.

Leaving the UK in 1984, intending to work temporarily in Rome and then go on to Tokyo, she has lived in Italy ever since. She has made her home in the Monti Lepini, south of Rome and the Alban Hills, where she has set the first novel of her Goddess Trilogy, The Sacred Wood.

The second in the series, The White Sibyl, will be available in late 2013.

Comments
Comments for "THE SACRED WOOD (The Goddess Trilogy #1)":