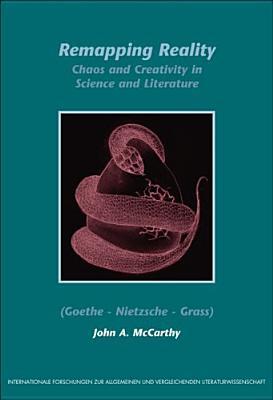 By asking questions about three disciplines rather than about just two, as is customary in research, this inquiry breaks new ground and resists easy categorization. It seeks to answer the following questions: What impact has the remapping of reality in scientific terms since the Copernican Revolution through thermodynamics, relativity theory, and quantum mechanics had on the way writers and thinkers conceptualized the place of human culture within the total economy of existence?

What influence, on the other hand, have writers and philosophers had on the doing of science and on scientific paradigms of the world? Thirdly, where does humankind fit into the total picture with its uniquely moral nature? In other words, rather than privileging one discipline over another, this study seeks to uncover a common ground for science, ethics, and literary creativity. Throughout this inquiry certain nodal points emerge to bond the argument cogently together and create new meaning. These anchorl points are the notion of movement inherent in all forms of existence, the changing concepts of evil in the altered spaces of reality, and the creative impulse critical to the literary work of art as well as to the expanding universe.

This ambitious undertaking is unified through its use of phenomena typical of chaos and complexity theory as so many leitmotifs. While they first emerged to explain natural phenomena at the quantum and cosmic levels, chaos and complexity are equally apt for explaining moral and aesthetic events. Hence, the title Remapping Reality extends to the reconfigurations of the three main spheres of human interaction: the physical, the ethical, and the aesthetic or creative.