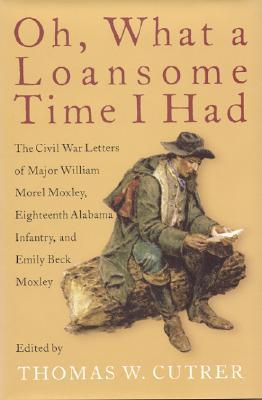 Here, in the exchange between William and Emily Moxley, a working-class farm couple from Coffee County, Alabama, we see vividly an often-neglected aspect of the Civil War experience: the hardships of civilian life on the home front.Emilys moving letters to her husband, startling in their immediacy and detail, chronicle such difficulties as a desperate lack of food and clothing for her family, the frustration of depending on others in the community, and her growing terror at facing childbirth without her husband, at the mercy of a doctor with questionable skills.

Major Moxleys letters to his wife reveal a decidedly unromantic side of the war, describing his frequent encounters with starvation, disease, and bloody slaughter.To supplement this revealing correspondence, the editor has provided ample documentation and research- a genealogical chart of the Moxley family- detailed maps of Alabama and Florida that allow the reader to trace the progress of Major Moxleys division- and thorough footnotes to document and elucidate events and people mentioned in the letters.

Readers interested in the Civil War and Alabama history will find these letters immensely appealing while scholars of 19th-century domestic life will find much of value in Emily Moxleys rare descriptions of her homefront experiences.

Comments
Comments for "Oh, What a Loansome Time I Had: The Civil War Letters of Major William Morel Moxley, Eighteenth Alabama Infantry, and Emily Beck Moxley":